We Do This for Children's WI

The WFCA All-Star Football Game is an annual fundraising effort for Children's Wisconsin that has raised more than $4.4 million since its inception. Donate today and you can help a specific player or coach achieve their individual fundraising goal.

A Life Changing Experience. The WFCA is committed in their partnership with CHW through the All-Star Games to not only provide one of the GREATEST experiences of the players and coaches lives but also giving them the opportunity to help change the lives of so many children through our fundraising efforts.- Doug Sarver, WFCA President

Children’s Wisconsin is dedicated to an expansive definition of health and well-being, including physical, social and mental health. They go beyond treating kids only when they are sick or injured.

Each year, they have nearly 2 million touch points across the state, from their hospitals in Milwaukee and Neenah to their innovative and growing partnerships with schools and neighborhoods. In addition to our exceptional clinical care, the Children’s Research Institute (CRI) seeks answers to the toughest questions in pediatric medicine as the largest concentration of 100% pediatric research in Wisconsin.

There is no health without mental health. And Wisconsin's kids are facing a mental and behavioral health crisis. One in five children in Wisconsin is living with a serious mental illness and our youth suicide rate is significantly higher than most of the United States. Every dollar raised by the WFCA All-Star Football Game helps Children’s change lives like Carson’s:

On the outside, Carson seemed like a happy, well-adjusted 14-year-old kid in a loving family. But a series of life challenges led to a sudden mental health crisis and, eventually, an attempted suicide resulting in devastating, life-threatening injuries. Thanks to the surgical and pediatric trauma care teams at Children’s, Carson was able to return home in seven weeks and has since become one of the many mental health advocates we work with to create awareness for others struggling with mental health concerns.

Carson’s story is a dramatic reminder of why we must reduce the stigma that surrounds mental and behavioral illness and ensure kids and families have the tools to confront it. With your support, we can help make sure Children’s Wisconsin has everything they need to improve the mental, physical, and social health of every child in Wisconsin. 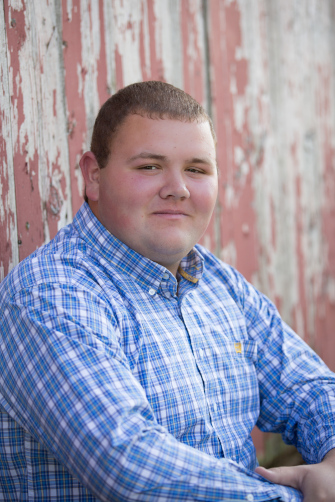 All Bryce Ladwig ever wanted to do was play football.

At six years old, Bryce was in a pee-wee football league. After one game, Bryce came off the field with what looked like a bruise or contusion on his leg — not uncommon for a football player at any age. But something about it didn’t sit right with Bryce’s parents, so they called their primary care physician just to be safe.

Upon examining Bryce’s leg, their primary care physician recommended that the Ladwig’s take him to a nearby hospital for further testing. And it wasn’t long before that hospital suggested they drive Bryce to Children’s Wisconsin in Milwaukee.

Bryce went through a series of crucial tests at Children’s and ultimately, a biopsy confirmed that Bryce’s injury was more than a bruise. It was a rare form of bone cancer called Ewing’s Sarcoma that is treatable—and often beatable— through surgery, chemotherapy, or radiation.

“Children’s Wisconsin was amazing,” explains Craig Ladwig, Bryce’s dad. “We didn’t know anything about Ewing’s Sarcoma. But the nurses at Children’s are like no other. They explained everything. They’re up front, but they’re very positive in trying to educate you along the way.”

For Dr. David M. King, MD, and the team at Children’s, the first step in treating Bryce’s cancer was surgery. Dr. King removed the entire cancerous bone in Bryce’s lower leg in order to prevent the cancer from spreading. Shortly after surgery, Bryce began chemotherapy treatment.

But his story doesn’t stop there.

Two years later, after finishing his chemotherapy, Bryce suffered a Grand mal seizure in his father’s arms and wound up in a coma—the result of contracting a severe form of viral encephalitis. At that time it was also discovered that he viral meningitis. Bryce was placed in the intensive care unit at Children’s and awoke soon after with no memory of what he went through and, thankfully, no long-term issues related to his seizure.

Then, when he was a freshman in high school, Bryce was diagnosed with Adolescent Blount's Disease in his good leg — causing the bones of his lower leg to bow outward. Bryce and his family once again returned to Children’s for treatment. Doctors had to break his femur, tibia and fibula all at the same time, straighten the leg, then place the recovering leg in a halo and rods for months.

Through it all, his spirit never wavered. Nor did his desire to continue to play football.

Though wheelchair bound for most of his freshman year, Bryce had his heart set on playing again. Year after year, he’d return to Children’s for checkups with Dr. King. And every time, Dr. King would refuse to let him play football. But when his junior year rolled around, Dr. King gave him the green light to play. His legs had healed fully, and Children’s provided Bryce with an incredibly durable brace to wear on the field.

“Believe it or not he got some playing time,” Craig tells us. “And that first time, when he came off that field and he saw me, we just broke down crying because that’s all he ever wanted was to play football and he got to do it.”

Today, Bryce is 20 years old and beginning his final year of college, where he majors in Animal Science and Agribusiness. His father describes him as humble and quiet, someone who knows what he went through, but never uses it as a crutch. “He’s the toughest kid I have ever met. He is my hero.”

Through their trust in Children’s, the Ladwigs were able to connect Bryce with the best possible treatment, allowing him to live the fullest life possible.